Taunton Deane Liberal Democrats are mostly pleased with the changes made at last minute by Devon & Somerset Fire Authority to ensure safety remains a priority across Taunton Deane. Whilst Wellington’s second engine will be retained completely, the third engine at Taunton will instead be replaced with an alternative vehicle with firefighting capability. The original plans from the Fire Authority suggested reducing Wellington’s second engine to part-time and removing a third vehicle from Taunton altogether. 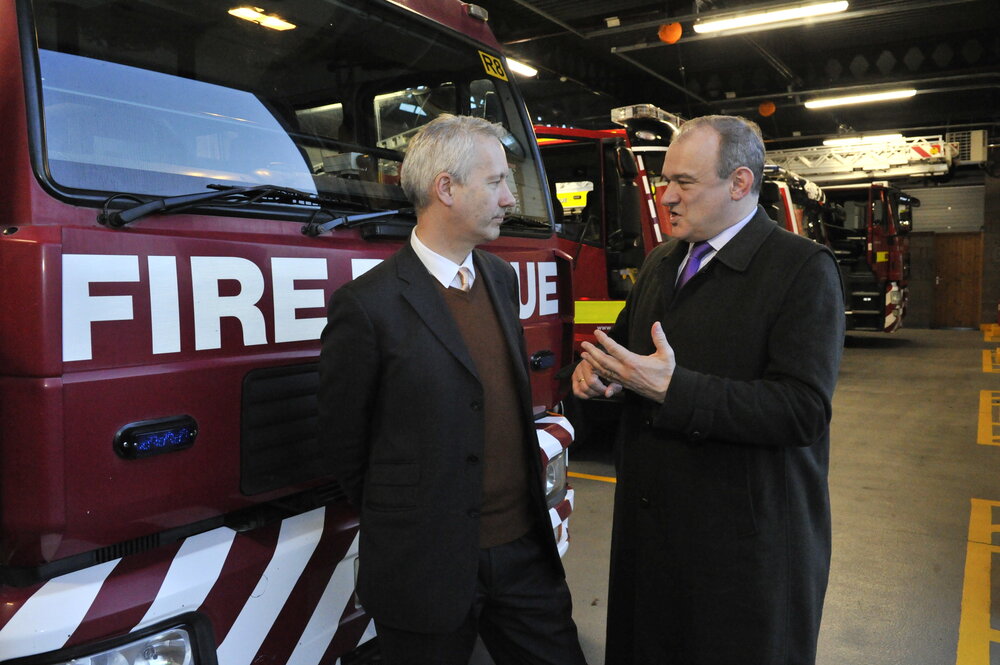 Local LibDem campaigner, Gideon Amos, who started a petition against the cuts in fire engines in Taunton and Wellington, addressed the meeting [Friday 10th] of Devon & Somerset Rescue and Fire Authority where all potential cuts to services were being discussed.

He said afterwards: “I’m delighted that all the campaigning by local people across the area has saved the Wellington fire engine and ensured the third crew will remain in Taunton.’’

He added however: ‘‘But the Conservatives’ decision to take one of Taunton’s three engines away remains very serious. I have submitted a freedom of information request about how long it would take a third fire engine to reach Taunton if it was needed in an emergency, and what the lengthened response time would be.“

Acting LibDem Leader Ed Davey who visited Taunton Fire Station said “Cutting our emergency services is the last thing the Conservatives should be doing. By working with local people Gideon has helped reduce these cuts and I’m right behind his bid to save Taunton’s fire engine.”