A New Vision for Tonedale

In two 'landmark' purchases since 2019, the Liberal Democrat-led Somerset West and Taunton Council has wasted no time in showing its serious intent to invest long-term in the town and people of Wellington and has acquired not only the community open space of Fox's field - which backs on to the main Fox's mill site - but also, in the Spring of this year, the old Tone Works further to the north, just off the B3187 Milverton Road. You may well know the site as the location of the increasingly popular Pump House restaurant! 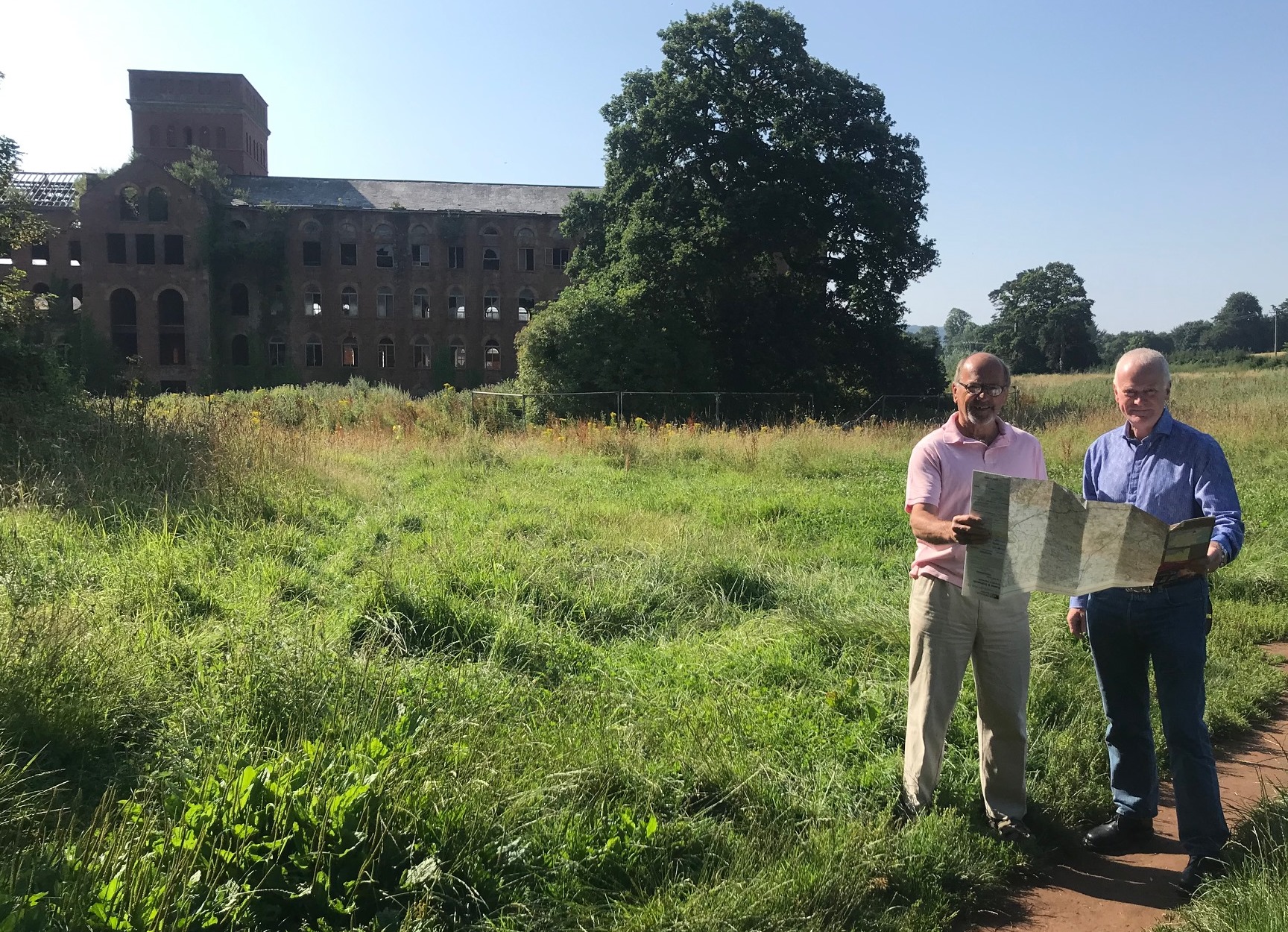 And now, in a new initiative stemming from these twin acquisitions, SW&T is applying for £20m funding from Central Government's 'Levelling-up Fund' which it hopes will also help develop the ambitious plan for a 'Green Corridor' stretching from Tonedale to Hilly Head via The Basins.

On the purchase of the Toneworks complex, LibDem Cllr Marcus Kravis, Executive Member for Assets, recently said: “The Fox’s Mill complex is an important part of our national and local industrial heritage and we - SW&T - are committed to ensuring this site is not only preserved for future generations but developed to its full potential over time. The surrounding green spaces and waterways are integral to the fabric of this site both as a place and in its identity. The Levelling-up bid combines the needs of the community with the preservation of the natural and built assets to the benefit of all.”

Looking forward to a positive future, Duncan Wilson, chief executive of Historic England, visited Wellington recently to inspect the historic industrial sites in the town, including Tonedale Mill, which the agency has been supporting for around five years.

He said with enthusiasm, “This site is a hugely important and challenging 'Heritage at Risk' case which we’re all determined to fix." During his visit he also toured Tone Works - mentioned above - where Historic England has contributed approximately £400,00 to the current project to decontaminate the buildings of asbestos and make the roof weatherproof.