Secretary of State for Work and Pensions Amber Rudd MP visited Taunton Job Centre Plus on Friday, and Lib Dem Parliamentary Candidate Gideon Amos immediately challenged her to scrap Universal Credit as it is uncivilised, costly and failing. 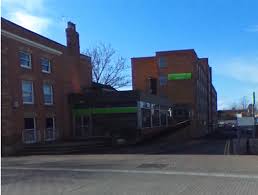 Gideon referred to independent reports saying “Even the National Audit Office has said we will ‘never know’ whether Universal Credit will put more people into work and that the idea it will save money is based on ‘unproven assumptions’, put this alongside the massive problems Government has now admitted and its clear the current system must be scrapped.”

Calling the system unfit for a civilised country Gideon said “Government should reverse the cuts to the Work Allowance and end the punitive benefits freeze which reduces money going into our local economy and means the poorest are penalised in ways which are frankly uncivilised and unacceptable”.

The National Audit Office found that eight years after work began on Universal Credit only 10% of the expected eventual number of claimants are on the system. Around 20% of claimants paid late were waiting five months or more to be paid.

Gideon says “This figure is incredibly worrying and is a key reason why we have seen the growth in numbers using Taunton and Wellington foodbanks, this puts massive extra strain on charities - a completely unacceptable passing of the buck by the Tory government to those who give so much to help the most vulnerable in our local community.”

Universal credit currently costs £699 per claim, that is four times as much as the government intends to spend when the system is fully up and running.

Gideon concluded, “With the possible exception of Brexit this is the worst implementation of a policy since Poll Tax and both the Secretary of State and the MP for Taunton Deane elected last time should be called out on her statements that it’s working so well especially given all the warnings issued by charities and the Lib Dems about the roll out first trialled in areas including Taunton Deane - an exercise from which the Conservatives apparently learned nothing”.