VALUES OF FREEDOM, FAIRNESS AND THE PLANET WILL DEFEAT JOHNSON’S CONSERVATIVES IN 2022

Local LibDems have welcomed 2022 as the year they’ll take on the “sleaze and jobs for the boys of Johnson’s Conservatives“ by getting battle ready for the General Election expected to be within the next two years and for elections to the new Somerset Council scheduled for May. 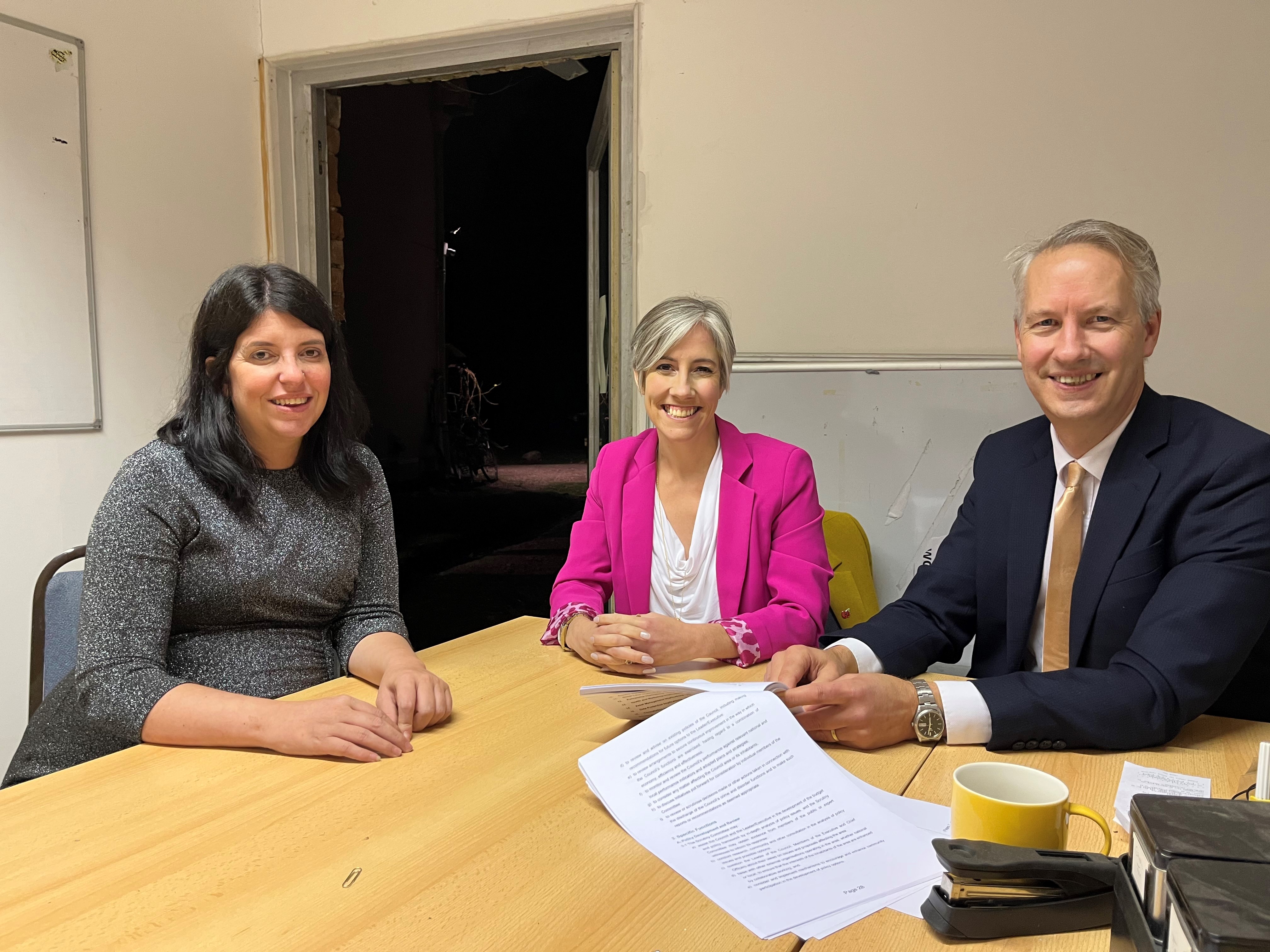 “Johnson’s Conservatives have taken politics to a new low, where the law applies to you and I but not to them, where honesty has been replaced with favours for friends and playing a fool has become the reputation of the UK on the world stage. Liberal Democrats are ready to join battle - our values, freeing people to live life to its full potential, fairness such as through the rule of law and putting the planet at the centre of everything we do, are timeless liberal values, values we desperately need to restore to our national Parliament and politics” said their Taunton Deane Parliamentary Spokesperson Gideon Amos.

The new Somerset Council being established by the Secretary of State for Levelling Up Housing and Communities is based on the existing Conservative run County Council, to be given all the powers of the mainly LibDem run District councils which are being abolished by the government. Somerset West and Taunton Council Leader Cllr Federica Smith-Roberts (LibDem) said “Local people have all been hard hit by the pandemic and many are angry the Conservatives spent over £10Million creating this council only in 2019 that they’re now abolishing, but I’m proud of our LibDem administration’s achievements over two short years. Getting building going in our town centre, zero carbon council homes and supporting local businesses and community groups through the pandemic, all while keeping Council tax increases reasonable are key highlights. When we polled local people the majority wanted something more local than the new council Conservative ministers are now imposing. As LibDems we are determined to continue asking for and listening to your views - we want to give people and the planet in Somerset West and Taunton the best possible future we can, as we play our part in establishing the new authority. I’m excited about building these achievements into proposals for the May elections to the new council, so we can really put our area on the map and develop the huge potential it possesses”.

LibDems have been buoyed up by winning Parliamentary seats from the Conservatives in Chesham and Amersham and spectacularly in North Shropshire on 16th December triggered by Owen Paterson resigning in disgrace after being found to have breached lobbying rules, following an abortive attempt by the Tories to prevent him serving a 30-day suspension.

Deputy Leader of the LibDems Daisy Cooper MP who visited Taunton recently said “The Liberal Democrats have shown that we can play a critical role in beating the Tories at the next election. There is no credible route to removing Boris Johnson’s Conservatives from power without us winning a substantial number of seats in the so-called ‘blue wall’, where we are the main challengers.”

The Guardian newspaper reported on New Year’s Eve that the party has pinpointed 30 constituencies where the Lib Dems would need just a 12% swing to topple the sitting Tory. This is around a third of the historic 34% swing to the Lib Dems that saw them win the North Shropshire byelection. A swing of only 9.18% is needed for the LibDems to recapture Taunton Deane.