In an unusually high turnout for local by-elections Tom Deakin, 26, today won the Wilton and Sherford seat on Somerset West and Taunton council becoming the LibDems’ newest and the district’s youngest councillor, in the early hours of this morning. 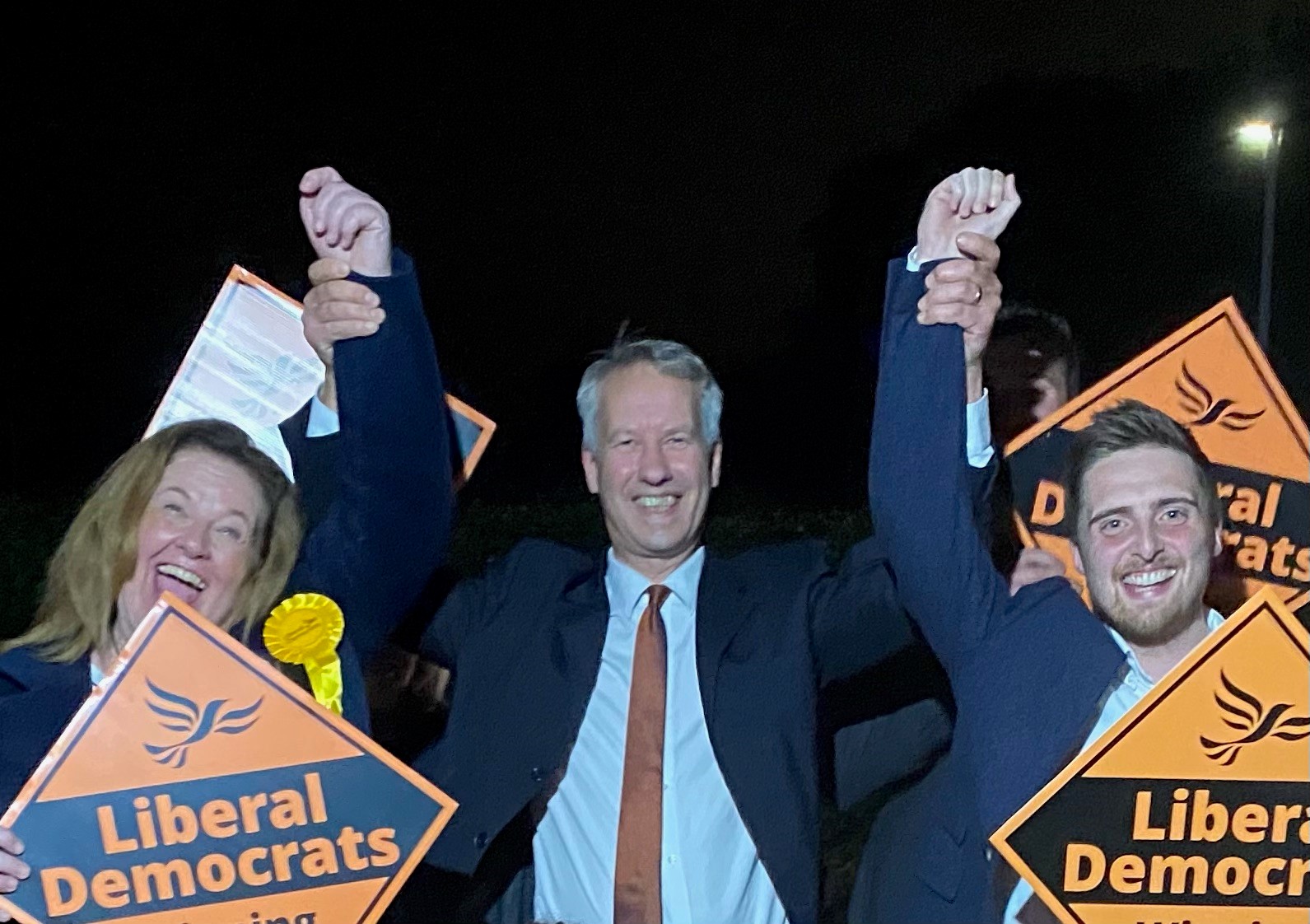 The seat was previously held by the late Alan Wedderkopp, a long-standing and previously the oldest serving councillor whose passing at age 89 triggered the District Council by-election. Since Alan Wedderkopp was also a Somerset County Councillor a by-election was also held at the same time for the division of Comeytrowe and Trull - and was won last night by LibDem Dawn Johnson, a long term Trull resident and parish councillor.

A victorious Tom Deakin who works in digital consultancy said “I’m delighted to have had so much support from residents of Wilton and Sherford and am honoured to follow in the footsteps of Alan Wedderkopp. I will ensure his legacy of hard work - especially protecting our environment and standing up for residents -  continues from today”.

Four in ten voters came out to vote in Wilton and Sherford Ward well above the average for English local elections of 35%.

The newest member of Somerset County Council Dawn Johnson said “I’m obviously delighted to see the wonderful support for the LibDems and for me as the LibDem candidate - this reflects the shear hard work and team spirit of LibDems in our area, above all by Alan Wedderkopp”.