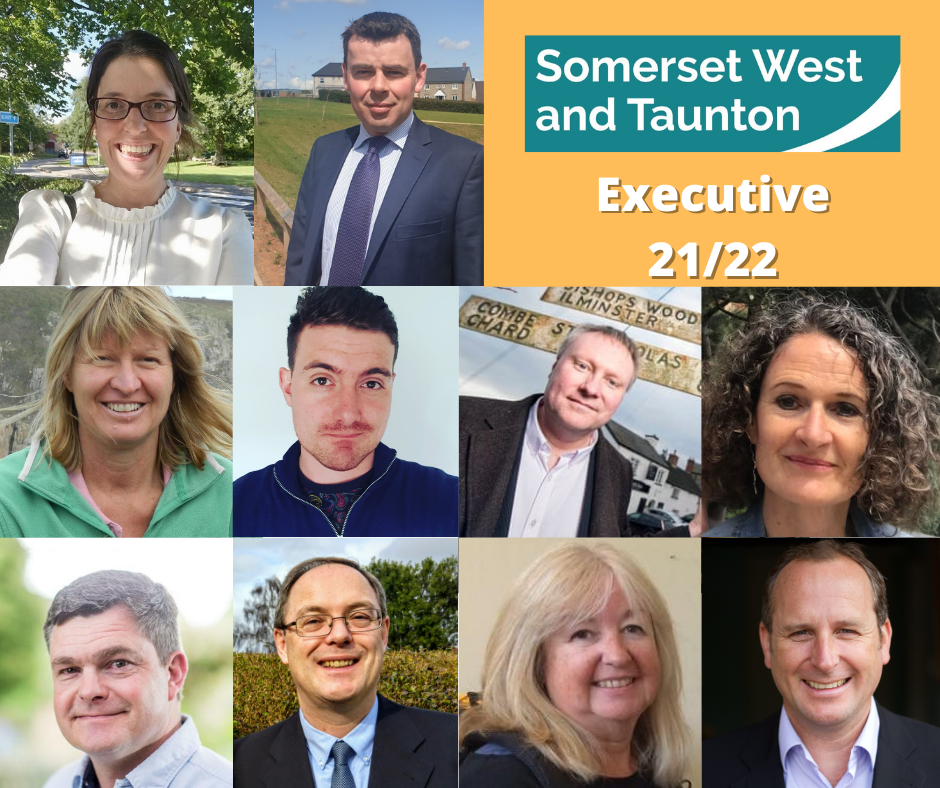 She said “I look forward to working with a refreshed team, and with so much happening positive actions at our council, I have no doubt the new members will do incredibly well and will be supported by myself and existing Executive members. I would like to thank all those leaving the Executive for all their incredible hard work in what has been a difficult two years after dealing with the legacy of the failed transformation programme”.

Lib Dem councillors elect positions every year at their annual group meeting prior to presenting their team to the Council.

The full Lib Dem team that will be proposed for the Council year 2021/22 is (picture, left to right):

Gideon Amos, the party’s parliamentary spokesperson for Taunton Deane added: “Our Lib Dem team has sorted out a massive mess left by the former Conservatives’ £10Million merger that was forced onto our area and went horribly wrong. It’s great to see our diverse and lively group of 30 strong Lib Dem councillors and a refreshed team at the top all focussed on working out and delivering the best possible future for our area”.