Local elation as established base is saved from Conservative closure. 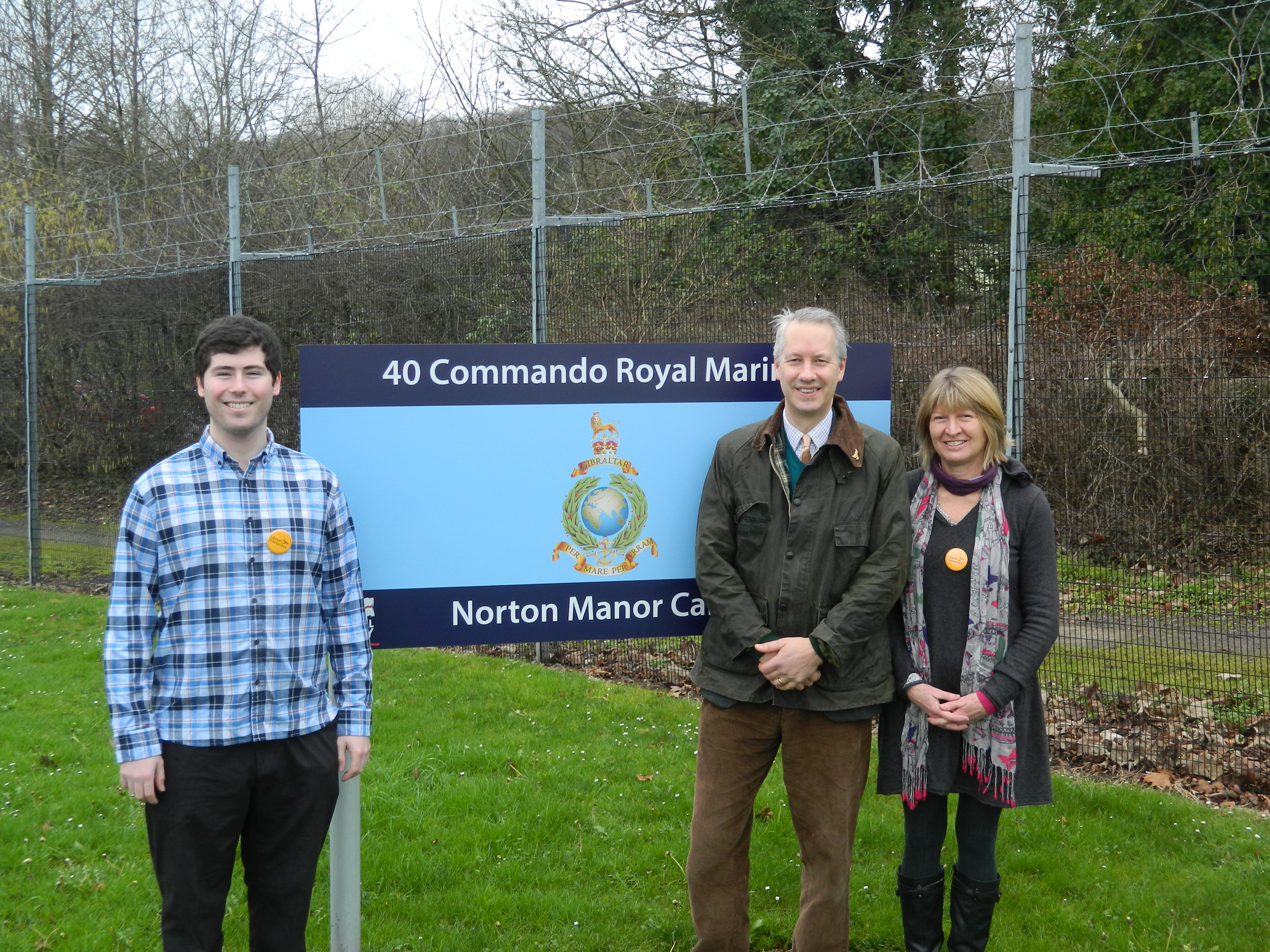 Commenting on the BBC report today that Norton Manor Camp has been saved, Gideon Amos (second from right) —who launched a campaign against the closure in 2016 when it was proposed by the Conservative Government—said: “This is an amazing result not just for the campaign I was delighted to start, but more importantly for the Royal Marines and their families and for the thousands of people who backed the campaign with the help of many local people, including retired Lt Col Kevin Deval and local Lib Dems Ed Firmin and Dixie Darch (also pictured) in Norton Fitzwarren”.

Gideon highlighted the work getting local government behind the campaign, stating that “Getting the two Councils on board showed we were making real progress and the Somerset County Gazette made a big difference too.”

“When we all work together for those who put their lives on the line, to secure the best defence for our country, to keep our local community strong and for what we believe and when we work at those objectives together there is nothing we can’t achieve,” Gideon added.