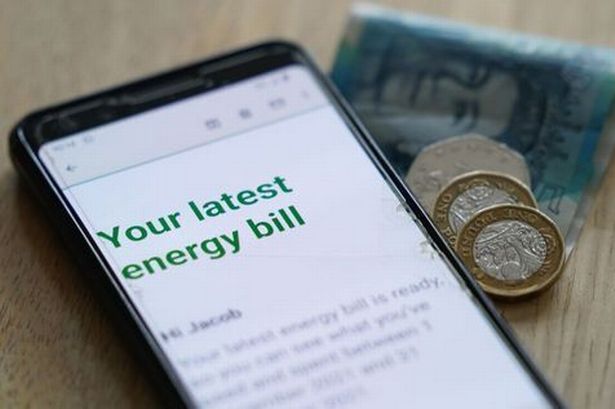 A motion declaring a “cost of living emergency” and subsequent action to address energy bills, universal credit and fuel duty was considered and passed by Councillors at last week’s Full Council meeting.

During the meeting, the Council resolved to administer a £50,000 support fund to be ready by the end of the summer for residents most affected by food and energy price increases. Work to set up the support fund is already in progress and will be distributed by Citizens Advice.

The Council further resolved to hold a local ‘Cost of Living Emergency Summit’ to be led by the Leader of SWT, Cllr Federica Smith-Roberts, and attended by partner agencies including Citizens Advice, Food Banks, Local Trades Unions, Somerset Community Foundation, Spark Somerset, MIND and Chambers of Commerce.  Invitations will also be extended to Rebecca Pow, MP for Taunton Deane, and Ian Liddell-Grainger, MP for Bridgwater and West Somerset.

It was also agreed for Cllr Smith-Roberts to write to the Secretary of State for Work and Pensions, requesting that VAT be cut to 17.5 per cent for 12 months to alleviate inflation, which, rose to a 40-year high of 9% on 18 May. Cllr Smith-Roberts will also request that both the £20 Universal Credit supplement and pensions “triple-lock” (whereby pensions rise in value, either by average earnings, inflation or 2.5 per cent a year – whichever is higher), should also be reinstated.

As the pensions “triple lock” has been suspended for 2022/23, Somerset West and Taunton’s pensioners will see a below inflation increase, which for some, is their only source of income. Additionally, the much relied upon £20 Universal Credit uplift scheme came to an end in October last year, further impacting low income families.

The motion to consider a “cost of living emergency” was proposed by SWT's Executive Member for Communities, Councillor Chris Booth, who commented: “As the cost of living takes hold, we're acutely aware of the impact on family finances and my colleagues and I have all noted an increase in demand for assistance.

“The Trussell Trust reported 6,815 food parcels distributed to Somerset West and Taunton residents between April 2021 and April 2022, with 3,068 being distributed to children, and these figures will spiral as the cost of living crisis bites deeper, hence why we've now declared a “cost of living emergency”.

“That said, thanks to an underspend in the previous financial year, we've committed £50,000 to helping local residents in need but now's the time to show that we want to do more and we're calling on the Government to consider our requests to urgently address the cost of living crisis.”

On 1 April 2022, Ofgem increased the energy price cap by 54% and with further rises expected in October, the average energy bill will increase annually by £693 for standard tariffs and by £708 for pre-paid meters (Ofgem, 2022). What is more, over a quarter of the UK’s electricity is from renewable sources which have been largely unaffected by rising energy prices, however, energy bills are led by natural gas prices.

Further financial strain has been placed on the travelling public from the escalating cost of fuel. As of 16 June, the average cost per litre was 187.01p for petrol and 193.30p for diesel, with a nationwide rise of over £2 expected by the end of the summer. Filling a 55-litre fuel tank in a typical family car now costs on average £102.86 for petrol and £106.32 for diesel, which is disproportionately affecting rural residents who, in the year to March 2020, paid on average £114 a week in transport costs – almost £40 more than those in urban areas.

In an effort to cut household bills ahead of the next energy price hike, the motion also called for swift Government action to uncouple gas from electricity prices, and for the Secretary of State for Business, Energy and Industrial Strategy to be formally approached, calling for fuel duty reductions in rural areas to be extended to include Somerset, which is currently ineligible.