26,170 pensioners in Taunton Deane will lose £5,443,360 per year due to rising energy prices, local Liberal Democrats have warned.

26,170 pensioners in Taunton Deane are facing a £208 hit to their incomes next year because of soaring energy prices and the government breaking its promise to protect state pensions, new figures have revealed. 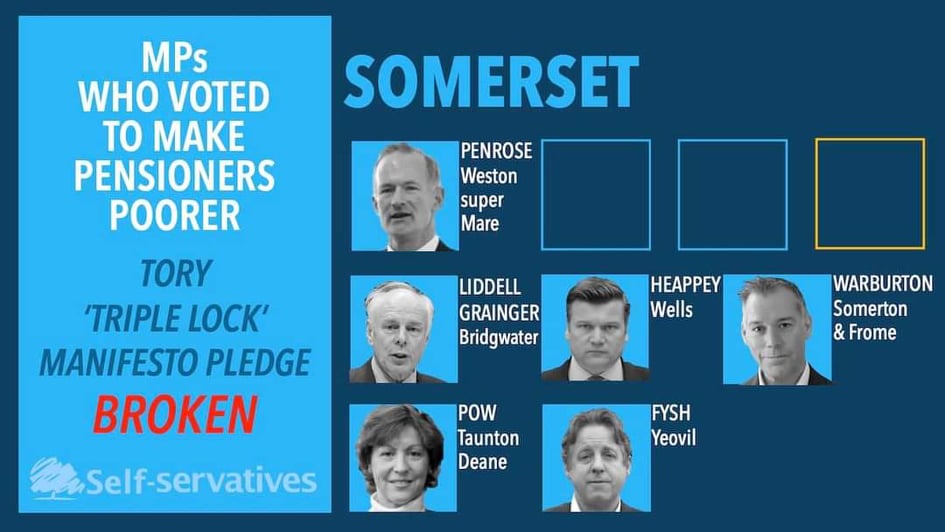 Last week, MPs (including Taunton Deane MP Rebecca Pow) voted to scrap the state pension triple lock after rejecting a Liberal Democrat-led House of Lords amendment that would have kept it intact.

The state pension is expected to rise by 3.1% next year, in line with inflation figures for September published this week. However, research by the Liberal Democrats suggests this will not be enough to keep up with energy price hikes as gas prices reach record highs.

The energy price cap was increased by £139 on 1 October, and a further increase of around £300 to the cap is expected next April. This is fuelling soaring inflation which is forecast to peak to up to 6% by next April, eating into people’s real-terms incomes.

Research for the Liberal Democrats carried out by the House of Commons Library suggests a 6% rise in inflation would mean the Basic State Pension would be slashed by £4.00 a week in real terms, or £208 a year. This would mean pensioners in Taunton Deane losing out by £5,443,360 in total over the year.

It comes after the Conservatives broke their manifesto commitment by scrapping the “triple lock” on pensions, brought in by the Liberal Democrats in government to protect the state pension by ensuring it rises in line with earnings, inflation or 2.5%.

“Pensioners in Taunton Deane are set to lose £208 a year because the Conservatives broke their promise to protect the state pension.

“It was Liberals and Liberal Democrats when in government who introduced the first pensions and, in 2010, the triple lock. Today we’re demanding a fair increase that matches rising living costs instead of leaving pensioners out in the cold.

“We know that pensioners are typically more vulnerable to the increase in energy bills, as they tend to spend more time at home especially in the winter months. Older people deserve a fair deal in which their pensions are protected and they can afford to keep their homes warm.”

“The Conservatives have broken their manifesto pledge to protect the state pension and are failing to tackle the cost of living crisis. This is striking a double blow to pensioners, who face being left hundreds of pounds poorer as their pension payments fail to keep up with soaring bills.”